Kratom is the colloquial name for a deciduous evergreen tree that grows in South East Asia. Technically known as mitragyna speciosa, it belongs to the coffee family and has been used in traditional medicine for countless generations.

Traditionally, kratom has been used to treat diarrhoea and to improve sexual performance. In Thailand it would have been chewed to achieve these effects and was also popular among workers owing to its ability to improve vigilance and focus. 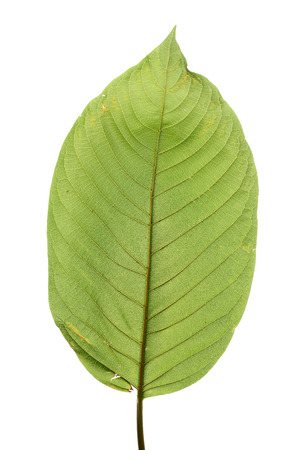 Today, kratom has found popularity in the West through exposure via the web and the media. Today it is used as a painkiller, an anxiolytic (anti-anxiety) and for energy. It has also become popular as a ‘legal high’ which has resulted in a fair amount of controversy surrounding the substance.

So what exactly is in this kratom? And is it something you should consider using for your own pain or energy levels?

How it Is Used and What to Expect

Kratom is usually enjoyed as a tea on an empty stomach and shouldn’t be ingested in large quantities. There are actually several different strains of kratom, which can be categorized by the three main colors: red, green and white. While red kratom is used for sedative, anxiolytic and analgesic effects, the green and white varieties are more useful for increasing energy and acting as a stimulant.

Once taken, kratom’s effects are generally fairly mild. Most people describe it as feeling like a caffeine high from a cup of coffee but without the jitters. This is accompanied with a sense of calmness, or even a mild euphoria. Depending on the strain of kratom used, this will then eventually give way to a complete sense of relaxation and calm which many people find pleasant.

Of course mileage varies and some people find they don’t experience any effect at all!

Kratom’s mechanisms of action are not fully understood but what we do know is that it contains the alkaloids mitraphylline, mitragynine and 7-hydroxymitragynine. These alkaloids are known for the ability to affect the mu-opioid receptors, which are the same receptors affected by opiates like morphine.

In fact, some of the effects of kratom are very similar to morphine though significantly milder. For this reason, it is sometimes used as a way to help those with morphine addictions get through their withdrawal. This is also what makes kratom effective at treating pain and it’s where the other effects such as the feeling of calm and euphoria come from.

Mitragynine also has another effect, which is to act on the adrenergic receptors – the same receptors triggered by adrenaline and noradrenaline. In other words, kratom can trigger a mild ‘fight or flight’ response which means it also acts as a stimulant. This is where it gets its ‘performance enhancement’ effects from.

This all makes kratom rather unique in terms of the way it works. Kratom is simultaneously a stimulant and a sedative, which means it can be used in a variety of ways.

There are other active agents included in kratom too. One is epicatechin which is an antioxidant also found in dark chocolate and green tea. This can help to reduce blood pressure and improve the immune system.

Many people say that kratom helped them to overcome chronic pain, to rediscover their love for life and generally to improve their health and wellbeing.

Side Effects and Dangers

But despite its numerous potential benefits, kratom is far from perfect. In fact, it may be quite dangerous.

When users first try kratom for example, they will often find that it causes nausea and even vomiting. This can be a result of the opioid-effects and should wear off over time (1).

Meanwhile, some people also describe chest pain and tightness, which could be caused by either respiratory depression or by the stimulant properties. Together, these side effects can contribute to a ‘kratom hangover’ which also sees users feeling very tired and sluggish the next day.

More worrying though are the few reports of kratom-related deaths. Several people have died using kratom, although it’s not clear that kratom was solely responsible. In one study looking at nine cases, it was found that additional opiates were often used at the same time (2).

It’s also very possible that the deaths were linked with overdose or abuse of the substance. Kratom is usually recommended to be drank as a tea on an empty stomach. Beginners are told to start with small doses of around 2 grams and then to build up to no more than 5 grams. It is described as an ‘occasional aid’ as opposed to something that should be used in the long term.

Those hoping to use kratom as a ‘legal high’ are likely to be very disappointed and are at the highest risk of incident.

Really though, this all just serves to highlight how little is really known about kratom and how dangerous it can be to buy substances online. There is no regulation for this substance and this means you could be ingesting anything depending on the reliability of your source.

As always then, I strongly advise against using kratom until more studies have been carried out and the law has caught up with its use.

That said, it is certainly interesting to watch this development and it shows particular promise as an alternative to morphine, or as a treatment for opiate addiction.