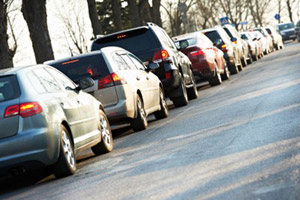 In fact, some of the dangers of exhaust fumes hide silently in the background so that many people are not even aware of them. Study after study has proven that exhaust fumes are responsible for a number of physical maladies as well as being a danger to the environment. As a concerned citizen on this planet we call home, it helps to be aware of the many dangers of exhaust fumes so that we can take steps to do something about this very real problem. Both gasoline engines and diesel engines emit exhaust fumes so the problem is more widespread and all-encompassing than you might have been led to believe.

Unfortunately, as if carbon monoxide were not bad enough, there are a great number of the other pathogens that contribute to the dangers of exhaust fumes. Some of those toxins include sulfur dioxide, nitrogen dioxide, benzene, polycyclic hydrocarbons and formaldehyde. Each of those substances is a pathogen which can have severe consequences both immediately and over the long haul. Medical science has established that many of these substances have harmful effects on bone marrow, the spleen and even our lymph nodes. As a matter of fact, the circulatory system is especially vulnerable to the toxins in exhaust fumes. Studies have shown that many of these toxins have resulted in problems in the bloodstream such as anemia.

Taking into consideration that carbon monoxide literally suffocates us it is no wonder that it deprives our bloodstream of oxygen necessary for so many vital functions within the body. Some of these toxins, especially carbon monoxide, literally produce damage on a cellular level which can lead to a number of cancers. Some of the other dangers of exhaust fumes include an exacerbation of heart disease due to hypertension and a degeneration of the cells which line blood vessels. Many of these pollutants found in exhaust fumes of course cause respiratory problems as well including, but not limited to, asthma. There is also evidence to suggest that pollutants in exhaust fumes also cause irreparable damage to the central nervous system.

The Dangers of Exhaust Fumes to Our Environment

Combustion from fossil fuel engines such as those which burn gasoline and diesel fuel is causing irreparable damage to the environment. Carbon monoxide isn’t the only carbon byproduct given off in exhaust fumes. Carbon dioxide is also a problem and we know that it is the number one cause of the breakdown in the ozone layer which is leading to global warming. However, global warming is a catchall phrase that encompasses a great number of problems both to the earth on which we live and to the creatures that dwell on it. Without going into a treatise on global warming it should be sufficient to say that the surface of the earth is heating gradually so that the polar ice caps are melting and growing seasons are being disrupted.

Unfortunately, this is just the beginning of a snowball effect that filters down through virtually every life form on the planet. Animal habitats are being destroyed at a record speed, which causes creatures to seek new sources of food and shelter. As a result, is projected at that some species could very well become extinct within our lifetime. Also, due to a change in the length of growing seasons many crops will become scarcer and of course, food will become much more expensive when available. The melting polar caps will cause an increase in sea level which will most certainly submerge many islands and coastal areas forcing both animals and humans farther inland.

So, you can see that the dangers of exhaust fumes have negative repercussions throughout virtually every aspect of our lives. While we know that the most immediate concern is the great number of health problems those fumes cause which can even lead to death, there is a long term effect as well which should also be a concern. Governments around the world are becoming proactive in fighting the dangers of exhaust fumes. We, as citizens, can do our part as well.

Once you recognize that these dangers are very real and widespread, you can begin to do your part in reducing the problem. In the interim, avoid being in an enclosed area with a running vehicle and stay as far as possible behind buses and trucks which burn diesel fuel. That black soot is more than a mere annoyance; it is a grave hazard to your health. The bottom line is, you should make every effort to avoid exhaust fumes wherever and whenever possible.