Visceral fat is a specific type of fat that is found on the stomach, and goes by many other names ‘your beer belly’, ‘spare tyre’ or ‘muffin top’. Whatever you call it though, it is one of the biggest banes for those trying to lose weight and is often the area where people most want to shift some weight.

Visceral fat is also different in that it remains the same shape and won’t fall to your sides or sink into your stomach when you are lying down. High visceral fat is dangerous and is correlated with cholesterol, diabetes, Alzheimer’s and other conditions. This is because visceral fat is the fat that is located inside the abdominal cavity – packed between organs – rather than underneath the skin (subcutaneous fat) and this fat will release acids that are metabolized by the liver and which can cause insulin resistance in the liver. Here we will look at how to measure visceral fat and then how to get rid of it. 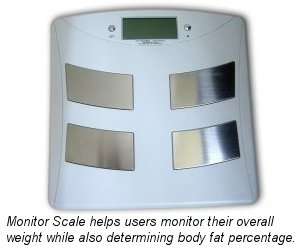 There are many different ways to measure visceral measurements of fat and these include things you can try at home as well as procedures the doctor can carry out. For instance CT scans. You can also bioelectrical impedance machines which use an electrical current that can differentiate between fat tissues. This is the most accurate method of measuring visceral fat for the general public, but can cost around $200 to $300.

Another method you can use to measure your own fat is to take a circumference measurement of the waist and hip which will give you your waist to hip measurements. This is an easy but not entirely accurate way to measure your visceral fat. Simply measure the circumference of each with a tape measure (around the largest point) and then divide the waist measurement by the hip measurement. If the number is worse than 1.0 for men, or 0.85 for women then they are considered excessive. For instance for a man a ratio of 36/40 is good.

This won’t all be visceral fat though – some of that will be subcutaneous fat that is underneath the skin (though you likely want to be rid of this too). To see how much of that fat is visceral, now measure your stomach once when standing up and once when lying down. The subcutaneous fat will fall to the sides of your body and disappear, but the visceral fat will remain where it is – this then tells you how much of that fat is visceral.

To be honest you don’t need to spend lots on a CT scan or bioelectrical impedance machine because you don’t need to know the exact amount of visceral fat there. Use the technique above to ascertain whether you have a problem or not, and then go about reducing that fat.

So now you know you have visceral fat what can you do about it? Well the bad news is that unfortunately it is impossible to target fat loss. Your body will store fat in a random order that is dictated by your genetics. Visceral fat is just like any other fat except that rather than storing the fat on your arms, your body has this time opted to place the fat in your abdominal cavity.

If you then begin to burn and lose fat, this will of course reduce the amount of fat in your body, but the order that your system goes about looking for that fat will be based on the same genetic pattern. It will take the fat from your body in the reverse order that it put it there.

So there’s no point doing hundreds of sit ups – this won’t burn much fat (because you won’t be able to do them for long enough or vigorously enough) and it won’t mean that the fat is burned from your stomach – bicep curls are just as likely to burn fat from your abdomen.

Instead then you need to burn as much fat as possible with high intensity cardiovascular exercise and continue doing so until it eventually burns the fat stored in the abdominal cavity. Cardiovascular exercise is any exercise where the body uses up the energy in the muscles and then needs to plunder the fat stores around the body for more. This means you need to exercise continuously and anything like running will work. The heart rate and breathing increases as a means to transport oxygen to the fat stores where it can be used to break it down.

Tip: If you want to increase the intensity of your cardiovascular workouts then you should try using ‘interval training’ which involves running, jogging and walking for short bursts. This increases the cardiovascular activity and increases your production of growth hormone thereby burning more fat and improving your metabolism.

Resistance training involves things like weight lifting – moving against weight in order to increase the work load for your muscles. While this won’t cause you to burn much fat it can help in multiple ways…

First of all, bodybuilding will help to make your body more anabolic. Something like a squat or a bench press will flood your system with more aforementioned growth hormone, but at the same time simply having more muscle mass will mean that you lose more weight because your body needs to burn fat in order to produce the energy it needs to maintain the muscle mass.

Furthermore, while sit ups and crunches won’t encourage you to burn fat from your stomach, it will tone up your abdominal muscles which will give you more definition and help to hold any stomach fat in. This then means you’ll look firmer and more toned even before you’ve burned all of the fat. Ever seen a fat bodybuilder? Thought not.

In order for this fat to stay off though you also need to combine your efforts with the right diet. This is quite simple and means basically consuming fewer calories than you are going to burn off in a day (you also need to take on board your basal metabolic rate which is the amount of calories that your body burns simply in order to keep you upright and breathing). If you do this then you will gradually reduce the amount of fat in your body rather than simply replacing it after your workouts.

The foods that are highest in calories are generally fats and carbohydrates (simple carbs) and so by limiting these you can improve your caloric intake. Consuming protein and fiber meanwhile is good – particularly protein which will be used to repair the muscle damage caused by all the exercise. However don’t be tempted by the allure of any of these ‘fad’ diets which recommend completely cutting out carbs (Atkins I’m looking at you!) or other food stuffs, as this will leave you with no energy and will cause you to gain more weight rapidly afterward when your diet returns to normal.

So eat less of everything, and eat a lower ratio of carbs to proteins – but at the same time make sure you do get a balanced and nutritious diet. It’s all common sense and you know how to eat healthily really – it’s just a matter of doing it!